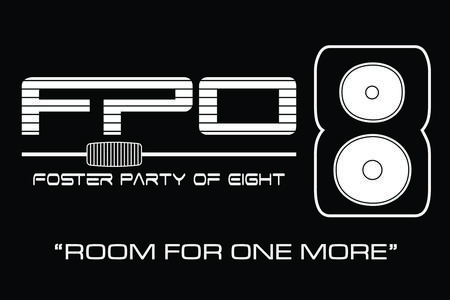 The Beginning:  In 2011, a bunch of friends from high school got together and decided to put together and play music and do one show for a bunch of other friends. So the show was done on an outdoor stage at Buckhead Coffee in Columbia, Tennessee. The Original 8 had a great time and response was amazing to the point of maybe one more show, and then maybe one more.
As everyone’s schedules and professional and personal lives kicked in, members began to change, but shows were filled and we went on.  Founding members Joe Foster, Keyboards/Writer/Arranger and Danny Fleming, Drums/Percussion, worked together to keep the shows going. With the strong friendship of past and current members, it was always easy to staff a band for performances.

What’s New: Well eleven years later, FPO8 remains strong with several shows a year.  Some amazing members from Middle Tennessee, Alabama, Kentucky, Georgia, Mississippi and California make up the band now.  In addition, a wind section as well as a string quartet section. Most of the music arrangements are original arrangements by FPO8 members as well as some original songs. Also, FPO8 has engineered a state of the art light and effects show.  Last but certainly not least, we have one of the best stage production crews around.

Where Do We Play: Foster Party of 8 plays small/large venues as well as some larger outdoor events.  Many of the shows are fund raisers or public interest shows. We have played fund raisers for High School Marching Bands, Relay for Life, and the Cancer Society. Shows have also been performed during the Mule Day events, Music in the Park Series and most recently opened for Wynona Judd.  We also do a major Gospel concert as well as a large Christmas concert production.

So Why The Name: We are often asked, “Why Foster Part of 8?”  Well back in 2011, we were meeting for the first time about the first show.  Foster and Fleming, having a background in Emergency Services, thought it was only right to meet over dinner. With no name going in to this meeting, we waited patiently for our table. Suddenly over the waiting area of the restaurant, the hostess screams out, “Foster Party of 8!”  And thus we had a name…….